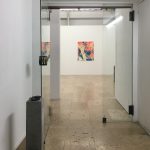 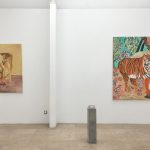 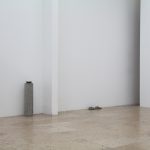 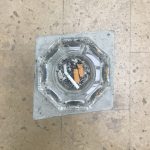 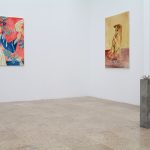 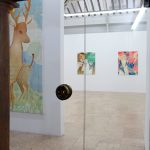 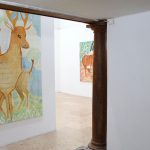 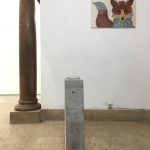 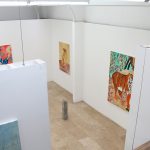 For this exhibition –initiated by Michael Van Den Abeele – Laurent Dupont will show a recent series of paintings made in 2019. All of them were copied from paintings made by anonymous artists, which Laurent Dupont has been collecting for more than 15 years. Painted in one sitting, each image is resized to a 1/1 scale according to subject. The majority of the paintings include animal figures and Laurent Dupont willingly calls the series his bestiary.
Michael Van den Abeele cast a first series of concrete pedestals for decorative ashtrays in 2007 while being a passionate and propagating smoker. For this show a second series of pedestals were cast, contemplating an old habit and its culture.

Laurent Dupont lives and works in Brussels and has shown works in Holland, in Belgium, in USA, in Austria, in Czech Republic, in Lithuania, in Switzerland. He will be showing works in France for the first time.