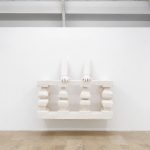 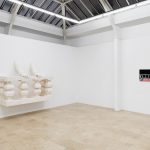 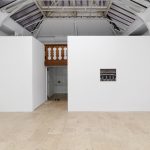 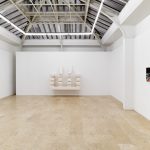 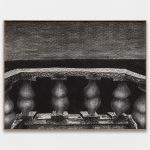 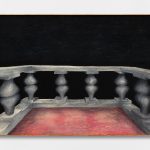 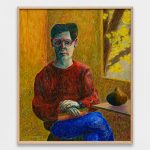 What moves us by neither

P had just managed to extract himself from the gathering.
All the conversations taking place in the inside were about projects.
This man had a project of a certain type and another man, of another type.
All of these projects were extremely interesting.
Everyone nodding and smiling to each other, waiting for their moment to explain their project
and how they were excited, stimulated, moved, happy about it.

But his projects, his fucking projects, he did not know what they were, nor really what they might have been, come to think of it.
Had he ever had a distinct project, a goal, that he would have had to define
as to later, go on with it, or put efforts into achieving that said project.
None probably, or none that he could recall.
He had done a bit of theatre in high school but that was about it.
Was he just drifting through this life with no goal.

But now, he was outside, yet not totally since he was on a surface constructed around the flat
as a spot to have a feel of the outside but still be in one’s own property.
Alone.
A balcony.

As these thoughts materialised in his mind, he lay his hands on the ledge and realised strangely
that he couldn’t hear the sound from the party as much as he had before.
As though there was a way through concentration to sort of mute
things around him or filter them.
He wished he had known of his ability to do that few days prior.

Two days ago as he was sitting in his living room,
his wife had come in from a «wonderful afternoon» and decided it was totally
fine to erupt and talk to him instantly, thus interrupting his reading (that of Двойник by
Фёдор Достоевский, good book, interesting story).
Was reading not an activity per say.
Reading might have been his project.
But was an activity, that was done without thinking about it happening, a project in itself.

Well, S had entered the living room.
On his left through the door with the broken hinge whose squeaky noise always made him slightly uneasy,
causing him to raise his eyes and stop his reading.
She had just seen an astrologist to do her solar revolutionIt’s a sort of astrological reading and she was all excited about it.
She explained to him everything that the woman had told her and then strayed towards
chinese astrological signs explaining that you were an animal but also an element.
The two combined.

But his mind was still stuck to the story, where a man met his double,
but also everyone he knew met the double.
And the issue was that they didn’t confuse one for the other,
they all knew there was two of them, they just liked the new one more.

Who in their right mind would want to be a water pig?
A boar maybe, running around dense forests and burying their
noses in the earth to uncover wonderful mushrooms or other roots from the forest depths.
But how does one extract himself from his condition of a water pig to become a full grown boar?

ad to find a way.
Out from this party and into the forest he felt he was made to live in.

But foremost he had to remember that a brain isn’t really made to think, it is made to act.

In October 2017, he was part of Oh les beaux jours! Biennale 9, curated by Angel Vergara and Joël Benzakin at Centre culturel d’Ottignies, Louvain-la-Neuve.

In June 2018, he had a solo show entitled Le long des raduses at Catherine Bastide in Marseille.

In 2019, he will have a solo show at Dortmunder Kunstverein