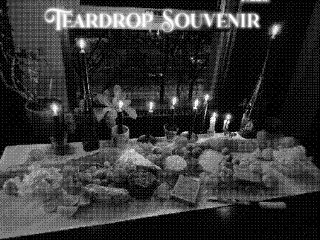 Sabrina Röthlisberger
Born in 1988 at St Julien-En-Genevois,  she works and lives in Geneva.
Her videos, performance, settings, installations and texts address the links between medicine and death, between power and survival by combining references to the history of art, cinema and allusions to her own social identity and spirituality.

Her works has been presented at the Modern Museum of Oran, Algeria ; at Urbaines, Lausanne ; at Kunstmuseum Bern ; at Kunstmuseum Thun ; at 186f kepler, New York ; at Upstate, Zurich ; at Alienze, Lausanne and at LiveInYourHead, Geneva among others. She is the winner of Aeschlimann-Corti grant in 2019, of BNP New HEAD price and participated to Swiss Art Awards. End of 2018, she was also resident at the Swiss Institute, in New York.

Sadaf H. Nava
Sadaf H. Nava is an Iranian born, New York city based visual artist and musician whose multidisciplinary interventions include experimental sound, violin improvisations, drawing, painting, and film. She received her BFA in Photography and Studio Arts from Concordia University, Montreal and her MA from New York University in Performance Studies. Sadaf’s visuals, sonics, and confrontational performative tactics oscillate between opacity and narrative, often layered with cinematic and literary iterations.
Sadaf’s work aims to confound and upend the inward-looking affect inherent to contemporary performance, simultaneously drawing from and subverting the languages of auto-fiction and the artist/muse relationship. Her original compositions present a mélange of intuitive and clashing material inspired by contemporary global archaeologies of sound, always flirting with noise.
Her paintings and visual work follows a similar process of improvisation, with a focus on self portraiture, fragmented narratives and re-enacted memory.

Lisa Signorini
Lisa Signorini born in 1989 in Paris. She received a scholarship to study copperplate engraving at the Rhode Island School Of Design. After graduating in 2012, she moved some years to New-York.
She experiments in many fields such as video, music (for which she obtains an artistic residency at Comfort Moderne in 2020, specifically for her music project called Bomba Lacryma), improvisation, stage, directing and writing. she remains faithful to drawing which remains her first practice.

She has exhibited internationally, in fairs such as LISTE, FIAC, NADA, MIAMI and Art Arthina, as well as in galleries such as Hussenot Gallery, ROMEO NYC, Exo Exo. She has had four solo exhibitions in Paris, Ney-York and in Georgia. Currently she is preparing a solo exhibition in Vienna.